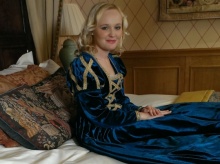 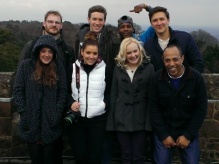 The cast and crew on the Fixers film shoot 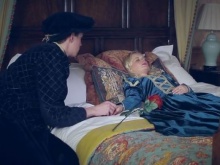 Becoming aware of the struggles faced by people living with ME when her mum received her diagnosis, Hollie Ransley is using a famous fairy tale to banish myths surrounding the condition.

The 25-year-old from Gosport wants to encourage support for those with myalgic encephalomyelitis, also known as chronic fatigue syndrome, by making sure that it isn’t mistaken for laziness.

‘I want to teach people about it to prevent ignorance and lack of knowledge,’ Hollie explains.

‘This would create a better understanding and empathy towards sufferers.

'My mum was diagnosed with ME, as well as fibromyalgia.

‘I’ve witnessed her lose her independence and it’s clear to see that she is restricted when it comes to everyday tasks.

‘The pain and hidden symptoms experienced by someone with the condition aren’t always obvious.’

With Fixers, Hollie has created a film based on the tale of Sleeping Beauty. It tells the story of a bed-bound princess under the ‘cruel spell’ of ME.

In the video she’s approached by a number of potential suitors, finding love with the only prince who understands her situation and is willing to support her through it.

Watch Hollie’s film ‘Sleeping Beauty’ at the top of this page.

‘I think the film will attract a young audience to help raise awareness,’ she says.

‘It isn’t too serious or overcomplicated and it highlights the key symptoms and the issues involved.

‘Using a well-known story should get people’s attention straight away.’

Hollie hopes her Fixers film will be used in schools to help younger generations recognise when someone has chronic fatigue syndrome.

‘Starting with young people is a step towards changing opinions and knowledge of ME in the future.

‘The film would also be beneficial as an advert in medical surgeries.

‘It would reach people who many not get a chance to learn about the condition if they aren’t experiencing it themselves or don’t know someone who has it.

‘I hope to provide information for people wanting to find out more about the illness.’

Essex Fixer Ashleigh knows what it’s like to live with ME. See what happens
when her friend wears weights on her arms and legs to simulate her symptoms.