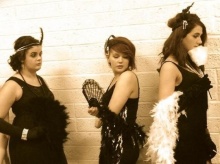 The group of Fixers acting 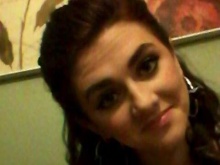 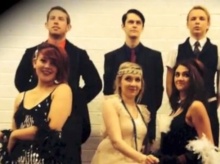 The group of Fixers in costume

After regaining her confidence through acting, Yasmine Casey is showing how the performing arts can play a leading role in building self-esteem.

The 20-year-old Fixer from Cookstown, County Tyrone and her group feel that being on stage can give young people a positive outlook and equip them with life skills.

‘In the past I’ve had anxiety issues and often felt low,’ explains Yasmine.

‘However, since taking up performing arts, I’ve noticed a change in me. I’m not as shy as I used to be and feel more self-assured.

‘It’s a different world when you’re on stage. There’s no room for mistakes, so it teaches you to stay calm under pressure.

‘We’re showing other young people that performing arts isn’t all about becoming famous. It can genuinely make you feel better about yourself.’

For their Fixers campaign, the group have helped produce a booklet giving a flavour of what acting is all about.

Take a look at the group's booklet 'Fame not Lame' by clicking below.

‘Working with Fixers has been amazing,’ adds Yasmine.

‘The booklet encourages young people to find a way to enjoy new experiences and see things from a different perspective.

‘Some say performing arts is a waste of time. But if it can change our lives, then it can have a similar effect on others.’

The Fixers want to take their booklet into schools and set up acting workshops for pupils.

‘This is just the start of our campaign,’ says Yasmine. ‘It’s now a question of getting out there and opening people’s eyes to the benefits of being creative.

‘Many people experience low points in their lives. It’s about bouncing back from those and making a difference. So dream big and make it happen!’

See why Matt Davidson from Carrickfergus believes acting can

have a positive impact on self-esteem and watch his Fixers film.