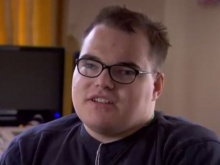 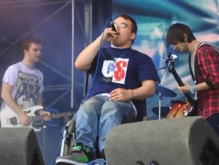 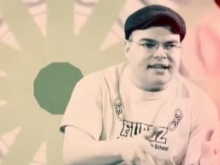 Charles in the music video

Fixer Charles Kirby, who has cerebral palsy, is using hip hop music to challenge negative stereotypes of people with disabilities and learning difficulties.

His story was shown on ITV News Calendar on Thursday 8th May 2014.

Concerned that others like him are misunderstood, the 22-year-old from Scarborough wants to show that just because a person is disabled, it doesn’t mean they aren’t capable.

‘I was born able-bodied but then I lost oxygen to my brain which caused a miniature stoke and I was diagnosed with cerebral palsy,’ explains Charles.

‘Some people say, “oh, you’re disabled - you can’t do this and you can’t do that,” but they’re just scared, a little bit naive and perhaps even ignorant.

‘They just don’t know how to approach you.

‘I want people to have more respect for one another and understand that we're all human.’

With Fixers, and the rest of his team, Charles is helping to produce a music video for a rap track he’s written. It urges people to see beyond someone’s disability and accept them for who they are.

In the broadcast piece he presents the song to an audience and receives positive feedback.

Charles adds: 'Hip hop was something that really called out to me.

‘I was thinking, maybe I can use my poetic edge to reach people through this creative medium.

‘It allows me to forget my worries and connect with others by telling stories.’

He wants to take his track into local schools in a bid to end misunderstandings and prejudice.

‘This is who I am. I love to perform and show my honesty,’ Charles says.

'At the end of a gig, when you have children coming up to you and saying "I feel inspired now" - it's just so amazing.'

Fixer Amy Hutchinson is also striving to break down barriers between
disabled and non-disabled people. Watch her TV story.