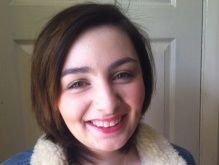 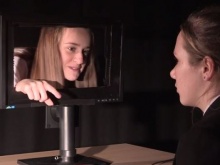 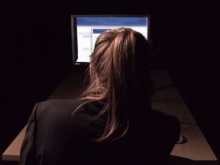 A school pupil experiences cyberbullying in the film

After experiencing online abuse in her early teens, Melissa Smith is sending a message to cyberbullies by showing them how their cruel taunts can affect young people.

The 19-year-old from Stockton-on-Tees wants bullies to recognise that their actions have consequences, while encouraging victims of cyberbullying to speak out.

She’s also campaigning to help teachers and parents identify when someone is being cyberbullied, so they can be offered support.

‘One year at school was a nightmare,’ explains Melissa.

‘It was like everyone hated me for no reason and people used to talk about me on social media sites.

‘It made me feel low and I wondered how they could be so cruel. After telling my parents about it, I decided to move schools because it got so bad.

‘People should know what can happen on the internet so these, often faceless bullies, don’t get away with it.’

With the help of Fixers, Melissa and her team have created a film showing the devastating emotional impact that cyberbullying can have.

It warns potential bullies against mistaking a screen for a shield, urging young people not to become a ‘monster of the cyber world.’

Watch ‘A Nightmare On Cyber Street’ at the top of this page.

‘Bullying in general is something we think could be dealt with better, but online abuse is a growing problem,’ she says.

‘By showing the effects it can have on people in this way, we want to better equip parents and teachers so they can spot the signs earlier.’

The group want to take their film into local secondary schools while also sharing it on social media sites.

Melissa adds: ‘I think young victims of cyberbullying can often be misunderstood for having an aversion to school, but it’s a real issue.

‘Seeing a film like this when I was growing up would have made me realise that I wasn't alone.

‘Hopefully our campaign can help teachers and parents understand the problem and also give victims hope that there is help at hand.’

Watch Fixer Kaitlyn and her team’s

film that shows cyberbullying is no joke.