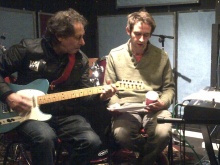 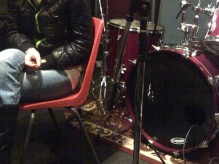 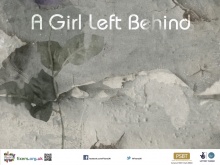 A former victim of domestic violence is using her story to encourage others with similar experiences to speak out and get help.

Eighteen-year-old ‘Natasha’, whose real name has not been used, says she endured months of physical and emotional abuse from her ex-boyfriend.

After finding courage to tell the police about her ordeal last year, the North Scotland Fixer now wants others to do the same and be taken seriously.

‘My life is still really affected by it,’ explains Natasha.

‘I find it difficult to trust males in my life and when I hear someone shouting it takes me back.

‘Young people can find it difficult to speak about these things. They feel judged as if they’re being silly and don’t know anything, but we do.

‘It’s important to me that females in particular find their voice. Our cases should be dealt with urgently and our stories listened to with respect.’

Using her experience of being in a violent relationship, Natasha has recorded a song with Fixers.

She hopes her lyrics will inspire others to escape from domestic abuse like she did.

Click here to listen to the track 'A Girl Left Behind.'

‘I’m delighted with the song,’ she says. ‘It’s been amazing to turn my horrible memories into something that will help others.

‘I’ve learnt to live beyond my past and feel normal again. This is what I want for others.’

The Fixer plans to send her recording to organisations like Women’s Aid, a domestic violence charity, which helped Natasha cope after her abuse.

‘The support I received from Women’s Aid was amazing because they understood how I was feeling and explained that the abuse wasn’t my fault,’ she says.

‘Now I hope my track gives other victims, who look towards these organisations for help, the ability to feel more empowered and change their lives for the better.

‘After everything I’ve experienced and the effects that I still feel now, it’s clear that nobody should ever feel judged or unheard.’

See how 'Becki' is using her Fixers film to help victims

of domestic abuse with their recovery.