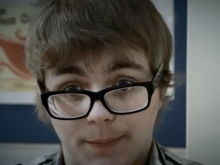 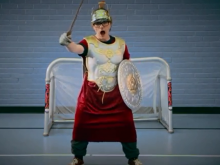 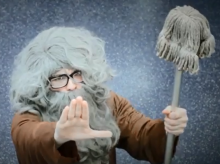 Not letting shyness hold him back, aspiring actor Matt Davidson has discovered that being on stage is a great way to gain confidence and is now giving young people the cue to pursue performing arts.

The 16-year-old from Carrickfergus, County Antrim, believes activities like acting can have a positive impact on self-esteem.

‘I used to try and make friends in primary school but didn’t know how to, so my mum introduced me to the local drama group to meet new people.

'Being on stage changed me completely. I felt more self-assured and now I want to show others that performing arts, at any level, can be a great way to boost self-esteem.’

With the help of Fixers, Matt has created a light-hearted film looking at the social benefits of acting.

Watch his film ‘PerformingArts’ at the top of this page.

Loosely based on his own experiences, the story depicts how an introverted individual is transformed when he adopts the role of a movie character.

Matt, who features in the film, explains: ‘While the topic isn’t the most uplifting, we wanted to turn a serious subject into something funny.

‘It’s all about looking on the bright side. Yes, it may be scary doing something new like acting, but you can learn a lot about yourself, which is the message I want to promote.’

As well as taking his campaign to local schools, the Fixer hopes the film will go viral and receives national recognition online.

‘I would love it to get as much attention on social media as possible because it’s the place where many young people talk about things these days.

‘Some will say that performing arts is not for them. But why not give it a go? It might just change your life.’

See how Cillian Donaghy and his team are tackling

anti-social behaviour with a theatrical twist.