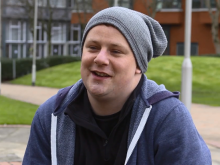 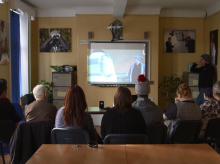 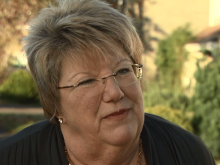 A Liverpool Fixer with Tourette’s syndrome is campaigning to end misunderstandings about the condition.

‘Tourette’s is a very hard condition to live with. It makes me tic, where I move suddenly or shout random things and swear.

‘It’s completely involuntary, so I don’t know what the next thing I’ll say will be.

‘People stare at me like I’m a thug or a scally, but I’m not.

‘If others could be more aware of my day-to-day struggle, then my Tourette’s wouldn’t be so difficult to deal with.’

With the help of Fixers, Tom has produced a film, which looks at the challenges associated with the disorder and his constant battle against prejudice.

Click here to watch Tom’s Fixers film ‘A Day with my Tourette’s’.

Suzanne Dobson, Chief Executive of Tourette’s Action, features in the broadcast in support of Tom’s campaign and calls for greater understanding of the condition.

‘It is a real enigma in that many don’t understand just how much it can impinge on people’s lives.

‘The fact that young people like Tom are taking it into their own hands to explain their symptoms to others is a huge boost for the whole community.’

Tom adds: ‘I never thought I’d have an opportunity to get my message across.

'Before working with Fixers, I had no confidence because of my Tourette’s, but now it’s like I’m getting further in my life than I thought I’d ever get.’

Find out what tricks Fixer Brent Zillwood uses to control his tics.
Watch his film about life with Tourette’s.