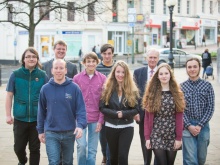 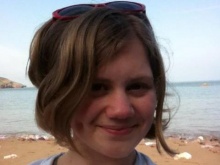 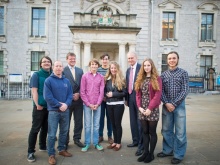 A new, cheaper bus ticket is being introduced for young people in Torbay after a group of Fixers got local transport bosses on board with their ‘Fair Fares’ campaign.

Led by 17-year-old Rhiane Winter, the team successfully lobbied Stagecoach South West to cut the cost of travel for young people aged 18 and under who are in full-time education.

‘It’s wonderful to make a positive difference when something is important to you, and important for a lot of other people too,’ says Rhiane.

‘It’s absolutely fantastic that it’s going to be effective so soon – commencing on Tuesday 1st April.'

The Fixers teamed up with Torbay Youth Parliament on the campaign. The result of their combined effort is the introduction of the ‘Torbay Termrider’ season ticket.

Stagecoach say it will cost £180 per term, covering a period of up to seventeen weeks. It works out as 10% less than their Torbay Megarider ticket, which only lasts for thirteen weeks.

The new ticket can be used for social trips during evenings, weekends and half terms, as well as for travel to school and college.

‘For families across Torbay, this will hopefully make a huge difference,’ Rhiane adds.

‘While the initial cost is quite high, parents will save a lot of money in the long run.’

An official launch event for the initiative took place on Wednesday 19th March.

It was attended by the Fixers, Torbay Youth Parliament, representatives from Stagecoach and local Mayor, Gordon Oliver.

'I’ve really enjoyed working with the Fixers and Youth Parliament, both of whom are passionate about finding ways to help young people travel more cheaply.’

After securing a better deal for young people in Torbay, Rhiane hopes the group’s campaign will have a knock-on effect elsewhere.

‘If the Termrider scheme is successful, then Torbay has set an example for other Stagecoach regions to follow – it could even have a national impact,’ she says.

‘I’m incredibly happy to say myself and others made that happen!’