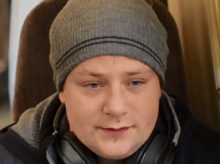 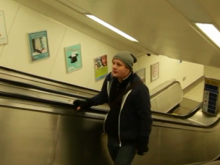 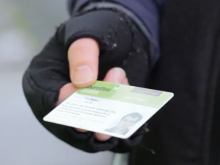 A Liverpool Fixer, whose Tourette’s syndrome is often mistaken for aggressive behaviour, wants more people to understand the complex neurological condition and not make snap judgements.

Twenty-year-old Tom Baker, who was diagnosed a year ago, feels his uncontrollable outbursts, known as tics, often lead to awkward moments and misunderstandings in public.

‘People look at me as if I’m being rude, but I really can’t help it,’ Tom explains.

‘Sometimes my tics, which often involve swearing and twitching, get so bad they keep me up all night.

‘If more people knew about the condition, the easier life would be for those with Tourette’s as they’d realise we’re not just being anti-social.’

Tom, who carries a Tourette’s Action identity card so others know he has the condition, has used his experiences to help produce a film with Fixers showing how the syndrome affects his everyday life.

Watch his film ‘A day with my Tourette’s’ at the top of this page.

‘I wanted to show people how much of a struggle it can be,’ he says.

‘My Fixers film not only highlights the hardships associated with the condition itself, but also the constant battle against prejudice and making the public understand that I’m not a bad person. I just can’t help myself.

‘I wish there was a button to switch off my outbursts but there isn’t, so I’ve learnt to accept it as part of who I am. That’s what I wanted to show with the film.’

Tom plans to share his short Fixers film on social media and go into schools to spread his message.

He adds: ‘Part of the problem is people don’t know enough about Tourette’s, which is why I’m really proud of working with Fixers to raise awareness.

‘Although I want everyone to take something from the film, it would be nice if it helps professionals such as police officers and teachers understand Tourette’s is serious and not merely young people behaving badly.

‘That would mean everything.’