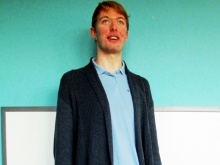 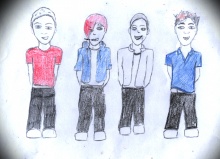 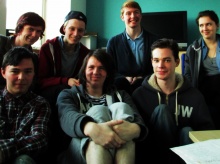 A Leeds Fixer, who says he was ridiculed and bullied at school for being gay, is now using his past experiences to help other LGBTQ young people who may need support.

Aware of the fear associated with coming out, Bobbiejoe Courtney (17) and his team hope their campaign will help ease the worries some may have of being shunned for being lesbian, gay, bisexual, trans or questioning.

Using real-life testimonies, the group have created a website with the help of Fixers to encourage young people to embrace who they are and to direct them towards the support networks available to them.

‘Often, the hardest thing about coming out is admitting it to yourself. I know, I’ve been there,' says Bobbiejoe.

‘That’s the point of our site. We wanted it to offer support to LGBTQ young people.

‘And because the stories are from others like me, who’ve had to deal with the pressures of society and what people might think, it's easily relatable.’

Despite enduring years of homophobic abuse, Fixer Bobbiejoe insists coming out to his father two years ago was the best decision he’s ever made.

He now wants others to have the same courage without living in fear of the consequences.

‘I’m still the same person,’ Bobbiejoe explains. ‘In fact, due to the trauma of my school life, I would say I’m an even more rounded and resilient individual.

‘Because someone is gay, does that make them any less of a human being? Of course not, and this is what our campaign seeks to do - empower young people and give them the confidence to be themselves.’

Bobbiejoe and his team want to share their website on social media while also raising awareness through schools and youth groups in Leeds.

The Fixer adds: ‘Often it’s teachers and youth workers that young people trust when it comes to talking about such sensitive things, so working with them is very important.

‘Whether it’s through Facebook or going into schools, our message is clear: “Be who you want to be and don’t live in fear.”’ 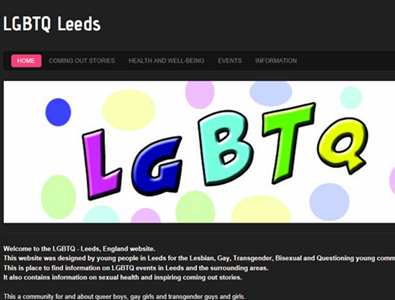 Coming Out With Confidence 12th Apr 2013