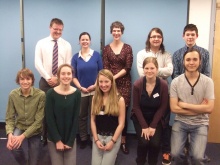 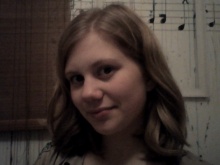 A group of Fixers from Torbay, who want to drive down bus prices in their area, have met with local transport bosses to discuss their concerns.

Led by 17-year-old Rhiane Winter, and supported by Sanctuary Housing, the team are working alongside the Torbay Youth Parliament on their ‘Fair Fares’ campaign.

‘Also, there isn’t really a child ticket or student equivalent. If you’re ten-years-old or fifty, it’s the same price, unless you get a Child Explorer ticket, which is only ten pence cheaper than an adult dayrider.

‘Many families can barely support their children to travel to school or college.’

The group met with three of the management team from Stagecoach South West in January.

They raised their concerns about the cost of bus travel and requested concessions for young people.

They’ve also asked whether, in the future, young people can be eligible for child tickets until the age of eighteen. Currently, the upper age limit is fifteen.

Managing Director Michael Watson, Marketing Manager Helen Scholes and Operations Manager for Torbay Louise Simpson listened to the Fixers and said they’ll look at making a small change to help young people when they review their budget this spring.

‘Meeting the Fixers and Torbay Youth Parliament was a pleasure,’ says Mr Watson.

‘It was informative, interesting and hopefully just the start of an ongoing relationship.

‘I certainly came away with a better understanding of their needs when it comes to bus travel.’

Rhiane adds: ‘As both parties were hoping to establish a positive relationship, the meeting was very successful.

‘They can’t promise anything yet, but will be able to provide much more information at our next meeting.’

A further meeting between the Fixers and Stagecoach is due to take place on Wednesday 26th February.