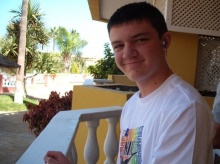 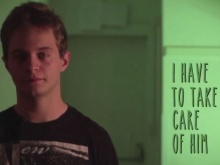 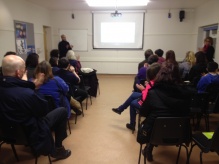 A group of young carers from Wiltshire are using a film to highlight the challenges they face when balancing their home life with schoolwork.

Led by 19-year-old Matthew Huggins from Amesbury, they want to help teachers understand the impact caring for a loved one can have on a young person’s education.

‘We wanted to do the project to make teachers aware that there are reasons why we’re tired in class, why we arrive late and why we might not always have done our homework,’ Matthew says.

‘I found it quite easy to tell my teachers I look after my little brother who has Down’s syndrome.

‘But others in the group struggled to tell their teachers, because they didn’t know what the reaction would be.’

In the film three young people use poetry to express how they feel about being young carers and the effect it has on their ability to focus at school.

You can watch the film ‘Young Carers’ at the top of this page.

‘I didn’t know what to expect when we were making the film but I’m really pleased with the end result,’ Matthew adds.

‘It gave me the opportunity to do something I enjoy while also boosting the confidence of the majority of the people involved.’

The film was launched at an event at the Wiltshire Scout Centre in Potterne Wick on Thursday 30th January.

Around twenty people attended the screening, including representatives from local schools, Youth Action Wiltshire and the charity Community First.

The feedback the young people received was positive.

'I will be showing this film to the staff to look at how we can identify and help these young people.'

Matthew hopes the film will help others, like him, approach the subject of being a young carer with their teachers.

‘I think it would be easier for some of the group to go up to their teachers, give them the DVD, and ask them to watch it, rather than having a conversation face-to-face,’ he explains.

‘I’m planning on going back to my old school and showing it in assemblies.'

Fixer Hannah is reminding young carers to make time for themselves.
Watch her film here.