Seeing Beyond the Illness 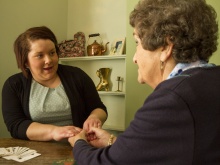 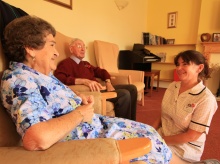 Residents and staff at care home 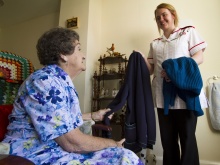 A Lincolnshire Fixer, whose grandmother stopped recognising her after developing dementia, has created a poster campaign to help families better understand the illness.

Twenty-two-year-old Kayleigh Duddin is concerned too many people with the condition are neglected because loved-ones no longer see them as the person they once were.

She’s using her experiences working in a care home to give tips on how to properly look after somebody with the illness.

‘People with dementia don’t see things like everyone else. They’re often consumed by their own little world, and sometimes you have to go there with them,’ says Kayleigh.

‘So what I’ve done is help others understand that world a bit more.

‘The idea behind the posters was to show the do's and don’ts when talking to someone with the condition. It’s all about seeing the person and not the illness, which I think our posters do. Sadly, this isn’t always the case.’

Kayleigh, whose story was featured on ITV News, says her grandmother’s health has deteriorated since being diagnosed with vascular dementia three years ago.

‘It’s beyond sad,’ she explains. ‘What’s most heart breaking is how she no longer knows who I am, which I can’t change.

‘You feel like you’re grieving for someone, who hasn’t actually gone.

‘This project is me giving something back to her in a sense. I’ll never forget her and I know she’d be proud of me.’

Kayleigh hopes to put up her posters in local care homes and hospitals to raise as much awareness as possible about the illness, which she thinks is still stigmatised.

As well as being a Dementia Friend, she plans to run workshops in schools to help increase people’s knowledge of the topic.

‘I think we’ve done a really good job with the campaign. Now it’s a case of getting it out there and making people aware of it,' she adds.

‘It’s not an overnight thing, but I’m confident we’ll get there. I owe it to gran.’

Click the image below to see a full-scale version of the poster: 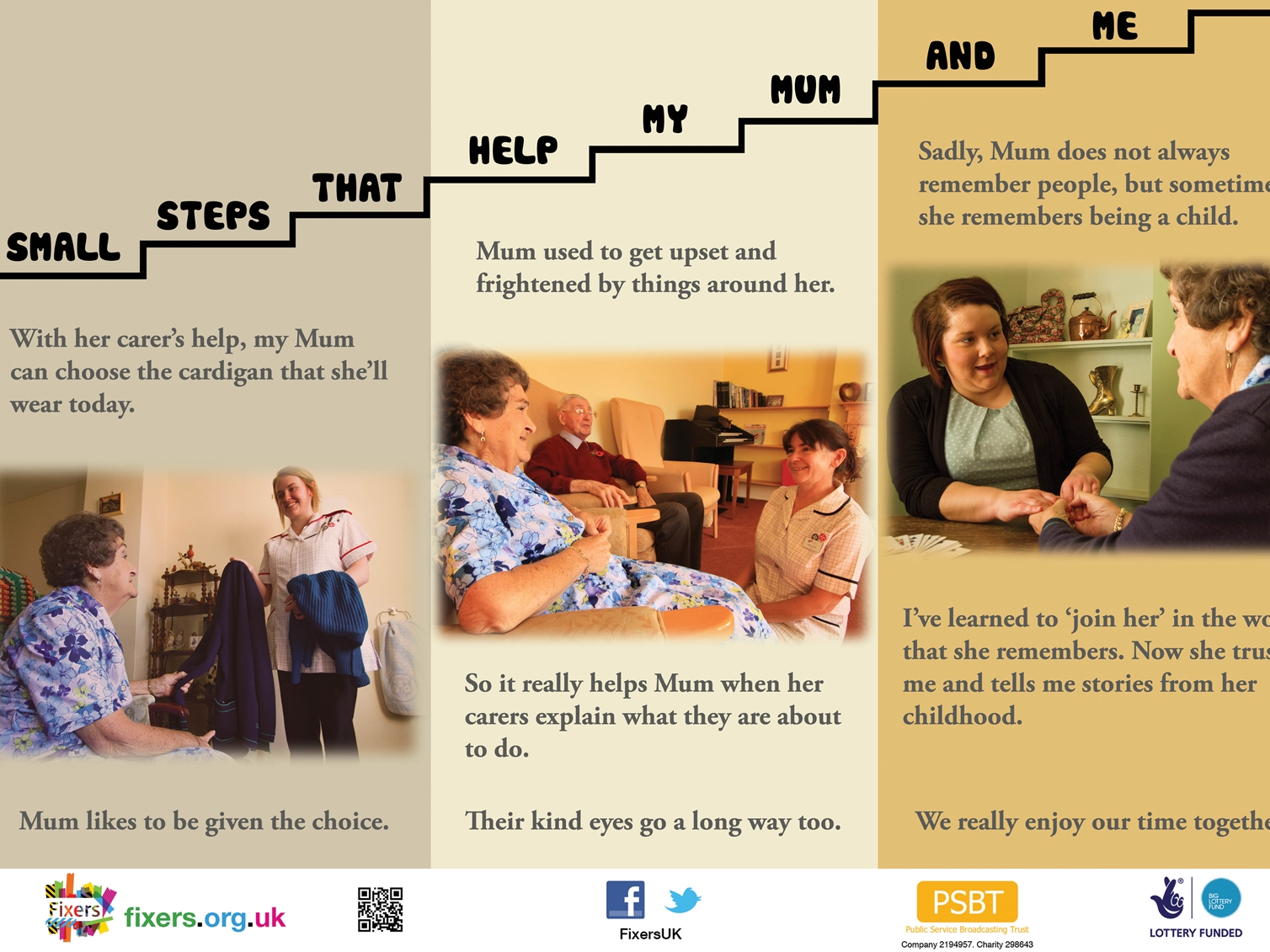