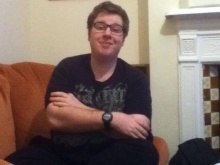 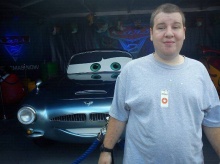 After feeling concerned that cyberbullying may contribute to some young suicides, a Fixer from Essex is campaigning for websites to do more to protect their users.

Twenty-three-year-old Tom Bryant from Harwich says he’s experienced online abuse himself and is calling for more to be done to stop it happening.

‘We can’t have young people taking their own lives because they are being bullied online,’ he says.

‘It’s made me think that something needs to be done about this.’

In 2012/13 Childline saw an 87 per cent increase in demand for counselling about online bullying.

4,500 young people contacted them to ask for help in dealing with bullies who’d targeted them on social networking sites, chat rooms, online gaming sites, or via their mobile phones.

Tom has clear ideas on what could be implemented to begin to tackle the problem.

‘I want websites that are popular with young people to display an anti-bullying button,’ he explains.

‘Then, if someone is being bullied they can click on the button and it will take them to another site or online form.

‘Here, they can say that they are being cyberbullied and this can be sent to a counsellor who can ring them back, or get in touch to arrange an appointment.’

As part of his Fixers project Tom is looking for other young people to get involved and support his campaign.

‘My overall aim is to see young people who are being cyberbullied getting the right help – whether this be from counsellors or parents,’ he says.

Tom’s also asking for anyone who has experienced cyberbullying to share their stories.

If you’re interested in becoming involved in this project, or would be willing to talk about your experiences, contact Fixers Young Person’s Coordinator, Ellie Kemp, on 07436 265917 or email ellie@fixers.org.uk.