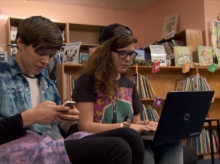 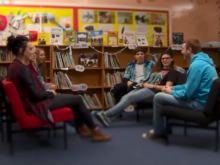 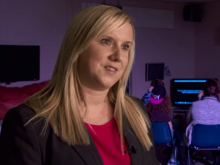 While the advent of social media has made it easier for the world to keep in touch, it’s also opened the door for online bullies.

To address this issue, a group of Belfast Fixers have created two short films with the help of Fixers, telling internet trolls to think before they act.

Their story was broadcast on UTV Live on Thursday 9th January.

Having seen the effects of online bullying, Fixers Charmaine Bickerstaff (16) and Claire Murray (17) explain how damaging it can be: ‘I know someone who put a photo online,’ says Charmaine.

‘Some of the negative comments that were posted made fun of how she looked, telling her to kill herself.’

Claire adds: ‘If you’re physically bullying someone, you can see what you’re putting them through and how upset you’re making them.

‘But if it’s online, then you can’t see all of that. You don’t know what you’re doing to that person.’

Judith Blair, Head of Counselling at Belfast Boys’ Model School, was part of an audience who viewed the Fixers' films and appears in the broadcast story.

‘I thought it was very powerful. It was amazing to see young people make this and put their slant on it,’ says Ms Blair.

‘Using humour was great. Obviously that will appeal to their peer group and there’s a powerful message at the end for everyone to think about.’

Fixer Andrew Tinsley (16) who also appears in the broadcast, says: ‘The aim of the video is for victims to get help and the bullies to think twice before they post a comment online.’

Charmaine adds: ‘We hope the films can help others when they are suffering from this, and when they’re feeling very low.’