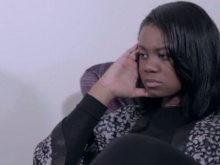 Fixer Paris appears in her film 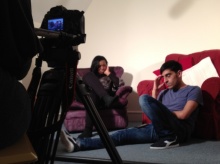 Paris films with the Fixers crew 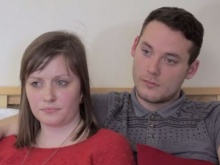 A Fixer from London wants to encourage men who experience domestic abuse not to feel ashamed to come forward and seek help.

Nineteen-year-old Paris Robin from Bromley has created a film with Fixers challenging the misconception that victims are always women.

According to the charity Mankind, 40% of domestic abuse victims are male.

‘I’m passionate about helping those who are often perceived as unlikely victims and those, I feel, the media choose to ignore,’ says Paris.

‘I find it sad that men can suffer mental or physical abuse but because they’re seen as strong, the thought of them being victims is laughed at.

‘This makes it harder for men to open up about it.’

Paris’ film depicts an argument between a man and woman at home. The woman is the abusive partner, but neighbours, who can hear the fight through the wall, wrongly presume it’s the man who is on the offensive.

‘I am happy with the end product,’ Paris adds.

‘I feel the film has an instant impact and demonstrates how society can be misled in thinking that only females can be victims.’

As well as sharing the film on social networking sites, Paris plans to hold a screening to show it to those who’ve experienced domestic abuse and representatives from organisations that can support them.

‘I would like my film to give male victims of domestic abuse a voice and the courage to ask for help,’ adds Paris.

‘I want to reach men who are in abusive relationships and are afraid or ashamed to talk to anyone about it.

‘I really hope my film can create change.’

You can watch Paris’ Fixers film ‘Domestic Violence Against Men’ at the top of this page.