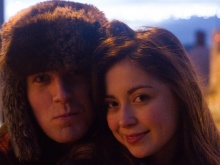 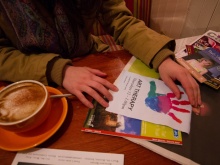 One of the photographs used in the Fixers film 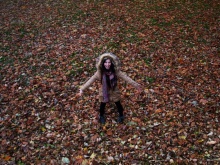 A scene in the Fixers film

A young woman from South West England has created a film with Fixers to help people who have been abused with their recovery.

Twenty-year-old ‘Becki’, whose real name has not been used, describes herself as a survivor of child abuse and domestic abuse. She says that as a result of these experiences, she's been diagnosed with dissociative identity disorder and post-traumatic stress disorder.

‘I would like to help break the stigma around abuse and mental health, and also help people understand what recovery can be like,’ says Becki.

‘It became apparent to me that survivors need reassurance that they are not alone and that their friends and family also need more information.

‘I don’t feel there are enough resources out there to show that recovery is a rollercoaster.’

Becki’s Fixers film follows a fictional character who is recovering from childhood abuse. Her story is told through a collection of photographs.

‘I think the finished film is great. Being done in the way of a digital story, with lots of photographs used to create the film, is something in particular that I found to be very powerful,’ says Becki.

‘It really portrays the idea of time changing quickly.

‘I wanted to show that recovery is a road with lots of twists and turns.’

Becki presented her film to more than forty people, including some with experience of abuse, at a screening event held on 6th December. Representatives from a local council, youth service, rape crisis centre and domestic abuse service were in the audience.

The feedback provided was overwhelmingly positive, with audience members describing Becki as ‘one of the most inspirational and extraordinary individuals I have ever met’ and her film as ‘eye-opening'.

Becki hopes to run workshops in schools based around the film, while looking to make it available to other agencies to use as a resource.

‘I really wanted to show people at the screening that their voice can be powerful and that they can survive and recover,’ she adds.

‘It was clear that people had left having changed their beliefs and perspectives either about their chance of recovery or about the way they view it.

‘This has inspired me to keep going and to reach out to as many people as I can.’

You can watch Becki’s Fixers film ‘The Road To Recovery’ at the top of this page.