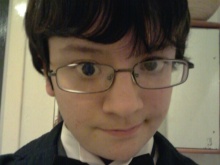 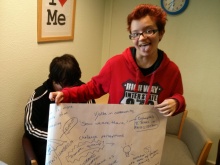 Elijah working on his Fixers project

A Dundee teen and his team of Fixers have helped produced a booklet to encourage trans youth to accept who they are and to assist others in understanding gender identity.

Elijah, who was born female, came out as transgender last year.

‘I didn’t feel like a girl for ages and I couldn’t relate to females at all,’ explains Elijah.

‘I always had more male friends because I felt more comfortable in their company.

‘It was a really confusing time but I think my friends knew there was something different about me, so it wasn’t that big a shock when I told them.

‘It was my parents who found it hard to take in at first. When I finally did decide to say something, it was like a huge weight off my shoulders. I could finally be free without living a lie. I could truly be myself.’

Elijah and his group's Fixers booklet emphasises that being transgender is an identity issue that has nothing to do with sexuality.

It includes a glossary of gender identity terms used to describe people who don’t conform to the traditional division of male and female.

‘As well as offering the trans community our support, we want non-trans people to be equipped with knowledge on the issue so they’re more comfortable when talking with others like me,’ says Elijah.

‘If everybody is well versed with gender identity then being trans wouldn’t be such a big deal for anyone.’

The group aim to distribute the booklets around secondary schools and health clinics in Dundee.

Elijah adds: ‘I feel that many folk think we’re an invisible community, so the more people we can reach, the better.’

Click on the image below to see their booklet 'TRANSlation: Gender Identity Explained'. 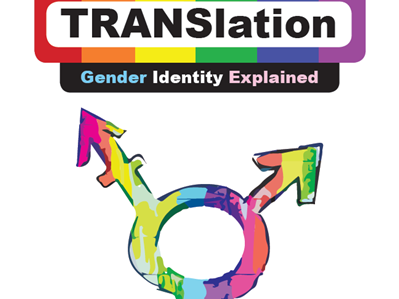