Hope For Homeless Fix On ITV 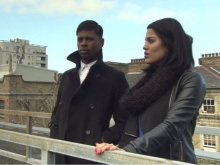 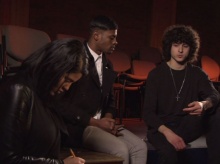 The Fixers talk to another young person in the film 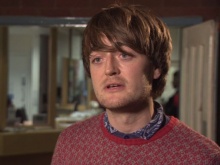 After tensions at home left two Fixers from Central London with nowhere to live, they want to direct other homeless young people to places of refuge.

Their story was shown on ITV News London on Thursday 5th December.

Twenty-one-year-old Cairo Angol and Zubeida Hussein (19) were referred to the YMCA after independently finding themselves homeless. Both had spent time staying on friends' sofas and with relatives.

‘I come from a traditional Muslim background and I disagreed with some of the things that my family believed in – things like wearing a headscarf and arranged marriages.

‘The day I left my family home I remember I was sitting at a bus stop. It was raining heavily, and I was drenched.

'I honestly didn’t know where I was going to go next.’

Cairo adds: ‘When I was younger, I lost my mother and I lived with family. Being gay did cause some tension.

‘Earlier this year I removed myself from where I was living because it was becoming too much.

‘I stayed with friends and family. It was very hard and it knocked my confidence. Having a stable roof over my head is very important to me as I can actually study now.’

Thomas Binns, a Housing Support Worker at City YMCA, appears in the broadcast piece in support of Cairo and Zubeida’s campaign.

‘Here at City YMCA we’ve come across people that have been doing it for years.

‘Eventually, their options tend to run out and then they find themselves on the street.’

The Fixers hope their campaign will make a difference to young people that may be ashamed to come forward as homeless by showing them that help is out there.

‘That low point when I was sitting at a bus stop completely drenched – I never want anyone to have to go through that,’ says Zubeida.

Visit the Shelter website for advice and help, or call 0808 800 4444 (calls are free from UK landlines and main mobile network).