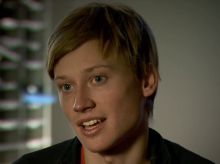 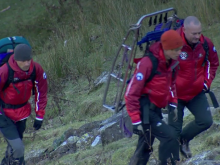 Francis and members of the mountain recue team 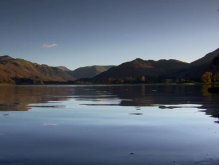 Seen by many as a jewel in the nation’s landscape, the Lake District is a popular hotspot for many seasonal walkers, who don't always remember to take the necessary precautions before setting out on their adventures.

A 21-year-old mountain rescue volunteer from Martindale hopes his Fixers project will change that, encouraging climbers to wise up when it comes to personal safety.

His story was broadcast on ITV News Lookaround on Thursday 5th December.

Fixer Francis Charlesworth says he doesn’t want to discourage hill walkers, but make them aware of some basic considerations when undertaking such activities.

‘I think the Lake District is as close to a natural wilderness that England has got,’ he says.

‘There’re some really remote mountains you can go walking along and not see anyone, which is pretty special.

‘But it’s also important that people are prepared with kit that’s suitable for the conditions.

‘You might make a navigational error or perhaps your judgement isn’t as good as you’d wish, so having the ability to look after yourself if something goes wrong is important.’

In the broadcast story, Francis and other volunteers participate in a training exercise showing what would happen during a typical call out.

Mark Rippon, Deputy Team Leader of Patterdale Mountain Rescue, who also features in the film, explains what the job entails:

‘In general we can have anything from 60-70 call outs a year. These can vary from simple slips, trips and falls to the most serious ones, which we have to sort out as well.'

Fixer Francis is currently the youngest member of the team, which he joined two years ago.

He says: ‘We’re all volunteers so going out is something you personally have to be driven to do.

‘For me it’s all about trying to help people who wouldn’t be able to look after themselves if they were to have an accident.

‘There is the satisfaction of doing a job which is quite appealing as well.’