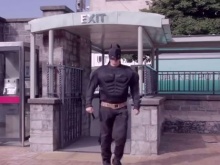 A Fixer in fancy dress in the film 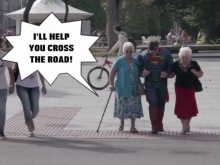 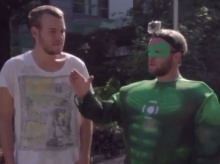 A Fixer gives directions in the film

After being on the receiving end of an act of kindness, a West Country Fixer wants others to realise they don’t have to be a superhero to help people.

Twenty-one-year-old ‘Tom’, who wants to remain anonymous, is running a campaign to encourage young people to do good deeds, in the hope that it will make the city a more pleasant place to live.

‘It really annoys me when people turn a blind eye to so many situations in society,’ says Tom.

‘I want to show people how easy it is to help others. It doesn’t take huge amounts of pre-planning. It could be as simple as opening a door for someone. Every good deed helps.

‘I have had difficult experiences throughout my life and was helped massively by one man who assisted me in finding housing and gaining access to various support services. I want to do the same for others and I want people out there to help those in need.’

With Fixers, Tom and his team have created a short film to promote the good deeds campaign.

It shows three young men in superhero outfits completing tasks like litter picking, helping ladies cross the road and assisting a driver whose car has broken down.

‘I think my Fixers film is quirky, funny and relevant to the young audience I am trying to reach,’ adds Tom.

A Facebook page has been set up as part of the campaign to get young people sharing details of their good deeds. You can visit the page by clicking here.

Tom is hopeful that the film will change the way young people are perceived.

‘Young people often have a negative image in the media and if I can encourage them to do good deeds, it will show that there are young people out there doing positive things in their community.

‘I want to encourage people to do good deeds on a daily basis as a matter of course so it becomes an instinctive action. I want to make good deeds the ‘norm’ and not something that people are surprised to receive.’

Watch Tom and his group's Fixers film ‘Operation Good Deed’ at the top of this page.