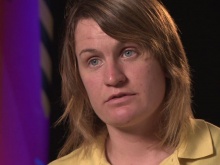 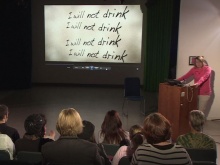 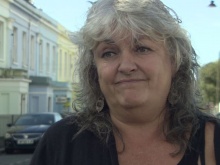 A 26-year-old* Fixer from Plymouth is using her own experiences of alcoholism to highlight the lack of support she feels is available for those leaving rehab.

Her story was broadcast on ITV News West Country (W) on 7th November.

Sarah says the greatest challenge after receiving treatment for her dependence on drink was relapse.

'Alcohol to me is an addiction there’s always going to be a craving there,' she explains.

‘It was two years ago I decided to sort myself out. When I left rehab, there was no support for me. I was put into a bed and breakfast next to a pub and off-licence.

'My Fixers project is to raise awareness that recovering addicts need on-going support and to educate young people about the dangers of alcohol.'

Sarah’s film has now been seen by local Councillors, members of Youth Parliament and the Lord Mayor of Plymouth Vivian Pengelly.

‘We have a very big and increasing alcohol problem in Plymouth which effects people of different ages, and we don’t have the funding to produce all the resources that we’d like to. If we can help Sarah talk to the people who fund these services, that can only be good.’

The film entitled, 'Drink, Drank, Drunk', has received positive feedback from audiences and Sarah is confident about her campaign.

‘I look back on my past and I do regret what I’ve done. I hope the film will make people sit up and listen, that there is a problem with alcohol in Plymouth, a severe problem, and they need to sort it out before it’s too late.’