Stand Up for Change 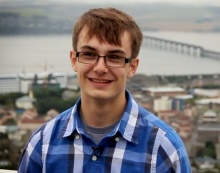 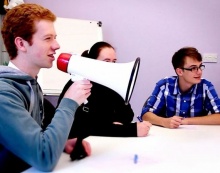 Scene from film showing young people having their voices heard 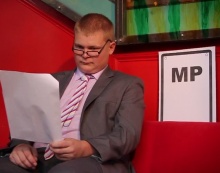 Scene from the film

Fixer Matthew Roud (16) and his team have helped create a short documentary explaining the processes and benefits of being involved in local decision-making.

The group will present the piece at a Scottish Youth Parliament meeting this weekend.

‘In my opinion, most young people think there is already somebody there to make the decision so they don’t need to bother,’ explains Matthew - Vice Chair of the Dundee Youth Council.

‘But if everybody thought like this, then nothing would get done.

‘I really like the film we’ve created with Fixers. Hopefully it will inspire others to get involved in their local community and influence positive change.’

The two-day event, which will bring together Youth Parliament Members from across Scotland, will be an opportunity for Matthew and his team to screen their film. The idea is that members will then show the film to young people in their own communities.

‘I’m looking forward to the event. It’s about getting young people involved, not necessarily in politics but to stand up and use their voice.

‘There are some things you can’t just sit at home and change - you have to go out there and stand up for them.

‘I am a little nervous because there’s likely to be over 100 people who will see the film.

‘But I’m confident about what we’ve created and would like to say thank you to Fixers for listening to our ideas.

‘Hopefully now other Youth Parliament Members will gain knowledge from the film, and take it to their respective towns and cities to spread the message that way.'

Watch Matthew and his group’s Fixers film ‘Speak Up, Speak Out’ at the top of this page and share it with your friends.