Breaking the Stigma of Suicide 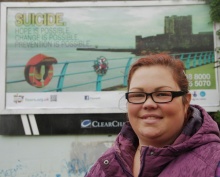 Fixer Sami Cullen standing in front of her billboard 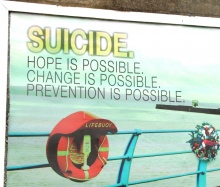 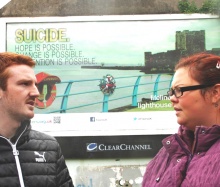 Sami with Conor from Fixers standing next to the billboard

A young woman, whose brother took his own life six years ago, has designed a billboard in his memory to raise awareness of suicide in her area.

Fixer Sami Cullen of Carrickfergus, Northern Ireland, wants to show young people there is another way and that help is out there.

The 24-year-old says losing her brother to suicide was extremely difficult, but maintains that it’s what spurs her on to want to make a difference.

‘My brother was 16 when he took his own life. It was hard for everyone. I was angry at myself and also angry at him as well.

‘There wasn’t really any sign of it coming so the hardest thing to do was process what had actually happened.

‘Through this experience I wanted to help others who may be feeling low and offer them help with their lives.

‘I think suicide is a problem in Northern Ireland just as it is worldwide. Every year, the statistics keep rising.'

Sami believes that many people are not aware that there is help available in the local community.

Her billboard, which has been placed in Carrickfergus, shows a picture of Belfast Lough with the message: “Hope is possible, change is possible, prevention is possible".

‘The billboard looks great and I’m so happy with the help Fixers have given me,’ says Sami. ‘Hopefully the people that need to see it will.

‘What I aim to do with my Fixers campaign is to break down the stigma around suicide so that people can talk about it and help others who are struggling with their emotions.

‘I think a lot of people still feel that it’s contagious or something. What we need to do is get it out there.

‘Obviously a part of me is doing this for my brother but at the same time I want to help others realise it’s not all bad and there is hope for them.’

For help and support for people living in Northern Ireland, call Lifeline on 0808 808 8000. You can also click on the 'Mind' icon below for other helpful links. 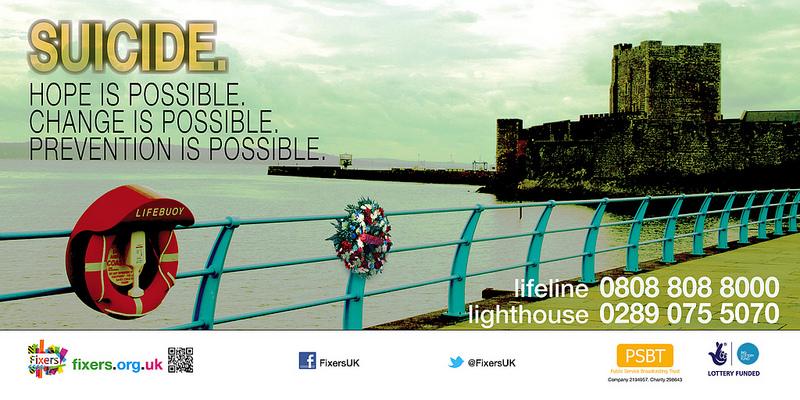