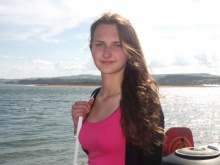 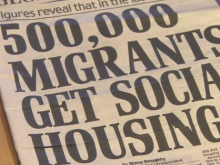 A negative headline about immigration 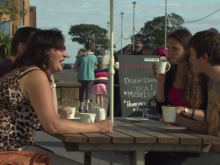 Rugile with her family in Devon

Concerned by the negative stereotypes about immigrants in the local media, Exmouth Fixer Rugile Zoryte is using her Fixers campaign to highlight the positive aspects of migration.

Seventeen-year-old Rugile – who moved from Lithuania to Devon with her family five years ago – says the press often portrays immigrants in a very negative light, which she feels leads to discrimination.

‘I think people are often influenced by the media – it’s only the criminals that do get in to the newspapers. All good hardworking people don’t get represented there,’ says the Fixer.

To shift the focus, Rugile has created a poster campaign with the help of Fixers to highlight how immigration has had a positive impact on Britain over the years (click here to read more).

‘We have created the posters to show that some of the things we think of as being symbols of Britain have actually come from different origins.’

Rugile’s campaign is being supported by Devon County Council's Dave Wright, who says: ‘We have a diverse community, people from all over the world live and work in Devon.

‘I think Rugile’s project is excellent, really raising awareness of the positive contribution that migration makes to the economy and to the cultural life of Devon.’

Adding to this, Rugile says: ‘Devon is seen as the last bit of British landscape, but diversity is not necessarily a bad thing.

‘Immigrants coming to UK are coming here to do their jobs but they’re not going to change the cream teas and cottage pies. Any person coming here still feels the aura of England. It hasn’t changed and it never will.’