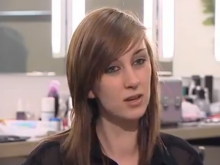 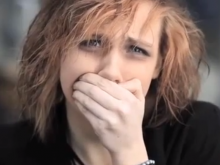 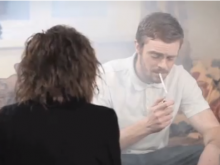 A scene from the Fixer's film

After seeing the effects that so-called ‘legal highs’ had on people she knew, Fixer Louise Allonby from Maryport decided she’d had enough.

She has created a shock film with Fixers to educate people about the dangers of these new substances, which have similar effects to illegal drugs.

The ‘drugs’ are often legally sold as plant food or bath salts, because they cannot be marketed for human consumption.

‘It’s something that I feel strongly about, I’ve seen people go through peer pressure with legal highs, and it wasn’t a nice thing to see,’ says the 18-year-old Fixer.

‘I’ve witnessed people that I know take mephedrone, which was a legal high around our area. Now mephedrone has been made illegal and if you’re caught with it you could get five years in prison.’

Louise saw her friends become paranoid and helpless after taking the substances, and she hopes her film will make other young people think twice about trying them.

Her project depicts a house party where the main character takes a legal high following pressure from a friend.The next morning, when she wakes up, she witnesses her parents taking the same drugs.

‘It’s a very awkward, creepy situation; her parents are doing them, and it makes you ask how they would feel if they saw you taking them.'

The film is short and shocking, and the Fixer hopes that seeing these images will make teens aware of the dangers associated with legal highs.

'I want the film to make people stop and think about the consequences.'

You can watch Louise's Fixers film above.