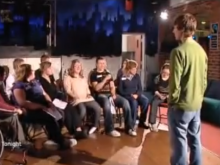 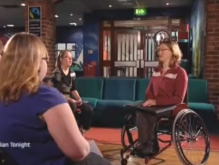 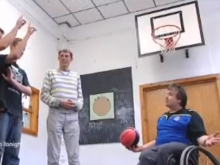 Rory Major (16) is using his Fixers campaign to bridge the gap he feels exists between disabled and non-disabled people, thereby promoting better understanding of those with physical or learning disabilities.

The Dorchester teen is encouraging more communication between the two groups and has successfully launched his disability awareness workshop at Kingston Maurward College. The event was broadcast on ITV News West Country in October 2012 (watch above).

Rory’s Fixers workshop campaign was inspired by a friendship he developed with a former colleague, who uses a wheelchair. Through the experience, Rory began to wonder if other non-disabled people really understood the challenges faced by people living with a disability.

‘I think able-bodied people find it slightly awkward sometimes to go talk to disabled people, because they seem different. But the fact is, they’re not,’ he explains.

Exercises at the workshops included asking two teams of people to interview each other while being separated by a screen. With the partition between them, participants got to know each other's interests and hobbies without making any judgements on appearance.

Guests at the workshops included Sarah Piercy, a former London Wheelchair Marathon champion, who described what it was like growing up with a disability.

‘I don’t let it get in my way. I’ve got an identical twin sister, who is able-bodied. Seeing what I could have been like when I was younger, I found that very difficult, but as I’ve got older I’ve adapted.’

As well as sport, various talents were on display which challenged preconceptions people may have about those with disabilities.

One participant, 17-year-old Callum McGann, from Portland, said the workshop had changed his outlook on those with disabilities. ‘These people are brilliant and it’s changed my views totally. We usually make fun and think it’s a joke but it’s not really. If my mates were here now it would change them as well'.

At the end of the day, Fixer Rory was quite pleased with the outcome of the workshop, calling the event a success.

‘People have learned lots of things and I have myself. If I have just helped one person change their view of disabled people, I’ll be very happy.’ 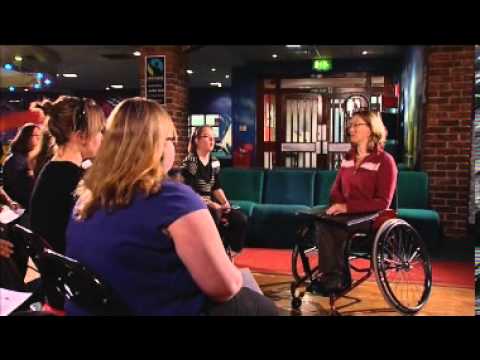