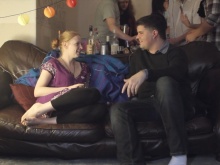 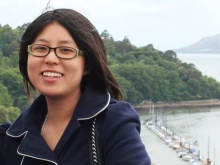 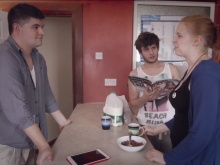 Another scene from the film

A Fixer, who feels her asexuality is misunderstood by young people, is using a short dramatic film to show how tough it can be for an asexual person to cope in a highly sexualised society.

The film – entitled ‘A-OK’ – follows the story of main character Lucy, who struggles to explain her asexuality to others who seem so focused on having sex.

The film is based on the experiences of Fixer Corinna Wan (21) who has felt isolated by young people who cannot understand her sexuality as a demi-asexual. (You can read more about Corinna’s story here.)

An asexual person is defined as ‘a person who does not experience sexual attraction’ by the Asexual Visibility and Education Network (AVEN), but Corinna believes there is so much sex in everyday life that many people do not accept that someone is not sexually minded.

‘There are a lot of misconceptions surrounding asexuality, and often you are labelled as just boring if you are asexual,’ says Corinna.

‘But many asexuals are not starving themselves of sex – they just simply believe in finding the right person and not acting on lust, or they purely are happy to not have sex again so do not need to “deny” themselves.

‘I hope my short film shows the mental struggles asexual people often face, and how people could be more accommodating of sexual orientations which may be different to their own.’

Corinna, from Bangor, North Wales, hopes to distribute the film among education institutions in her area.

You can watch her film at the top of this article.