Stop and Think About Bullying 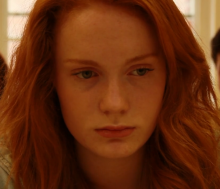 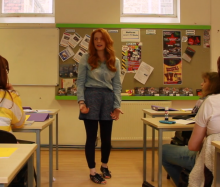 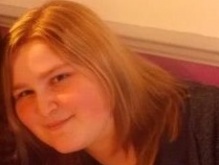 A Fixer, who was picked on at school, has put herself in a bully’s shoes to make a film showing the lasting impact victimization can have.

Bullied at the age of 14, Laura Ward’s film is a throwback to her own school life showing how she confronted her enemies, who had continued their tirade of abuse for 18 months.

The 17-year-old from Newcastle says she had mixed emotions during the filming process, because she knows what it feels like to be bullied.

‘It was something I really enjoyed doing because I’m really passionate about getting the message out there.

‘But being on the other side was quite hard. It did bring back some of those old emotions that made my life such a nightmare for so long.

‘But if it means me going through that for the sake of helping others, then it’s worth it.

‘My experiences have made me the person I am today.’

Laura’s bullying consisted of verbal and physical abuse, where the pupils would play cruel jokes on her. It led to hear becoming very depressed, which had negative effects on her school work.

The Fixer eventually mustered up the courage to confront the bullies and says it was the best thing she ever did.

‘The bullying was getting me down so much, I would dread coming into school because I knew what was coming,' Laura adds.

‘It was only when I spoke up for myself, did they see what their actions were doing to me and decided to stop.

‘And that’s what I want my film to do, show people what this behaviour can do, so potential bullies might think twice about what they say.’