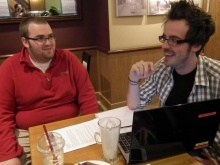 Dwaynne speaking with Chris from Fixers 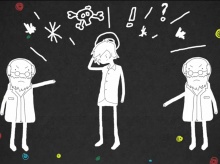 A South Wales Fixer, who faced daily bullying throughout school because he has Asperger's syndrome, is using an animated film to increase people’s understanding of autism.

Dwaynne Way (20) was diagnosed with the disorder when he was five years old. Asperger's syndrome, which is a form of autism, affects Dwaynne’s behaviour, reactions, and concentration levels.

‘A lot of the time, I’ve grown up without friends because people do not know how to react to the condition,’ says Dwaynne.

‘I struggled to learn things at school, and I kept getting into trouble as I often had no idea how to react to social situations.’

Dwaynne, from Cwmbran, has noticed an improvement in managing his condition now he is older. However, he feels there is still a lot of misunderstanding towards people with autism.

The film, which you can watch at the top of this page, uses cartoons to explain autism spectrum disorders in an effort to prevent young people from labelling those who appear different to them.

‘I am looking to help young people, particularly those under 18, because bullying and misunderstanding is common surrounding Asperger's syndrome and autism,’ explains Dwaynne.

‘I want people with these conditions to realise that there is support out there for them, and I want to educate others without the conditions to show that we’re all equal at heart and deserve fair treatment.’

Dwaynne's project was supported by the Wellcome Trust

Fixer Jade Foster feels education is the key to breaking down prejudice against those with autism and Asperger's. Watch her video by clicking here.