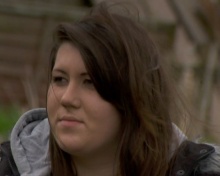 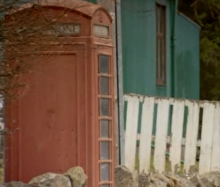 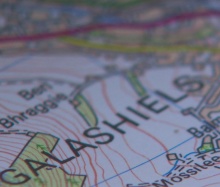 A Fixer, who lives on one of only two streets in her small village, is creating a magazine offering support to other young people from remote areas and gaining ground in the process.

Charlotte Redpath (18) lives in Fountainhill, a small community outside Galashiels in the Scottish Borders.

With the help of Fixers, she hopes her informative resource aimed at 12-18 year olds, will let youth know what’s happening in their area as well as offer advice on issues that may affect them.

‘It will be used to help young people in the Borders feel less isolated,’ Charlotte explains.

‘I want the magazine not only to give advice on coping with rural isolation, but also to look at issues like mental and physical health including people’s real life stories.

‘Folks should feel as though they can go out and enjoy themselves, but the problem is nobody knows what’s going on.

‘And even if there is an event on, it’s too far away from anywhere to go.’

Charlotte’s Fixers campaign, which was featured on ITV News Lookaround, is already gaining attention and support in the area. After speaking about her Fix on TD1 Community Radio based in Galashiels, she has been asked to host a regular slot for the station.

‘The reaction since I was featured on ITV News has been great. It’s nice to see folks are behind me, including my local radio station.

‘Presenting a show for young people would be fantastic. I’m just delighted to have been asked to do something like this.

‘I also want to thank Fixers for giving me this opportunity and I hope I can help other young people who feel the way I do.’

Charlotte wants her Fixers magazine, which is due to be completed later this month, to be available in youth centres around Glashiels.