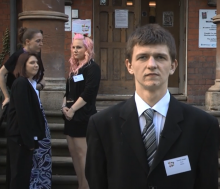 Fixer Gareth Dawe in the foreground 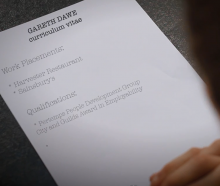 Fixer Gareth looking at his CV 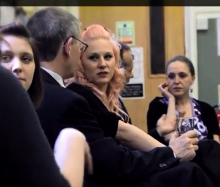 Fixers talking to employers at event

A group of Midlands Fixers have created a film aiming to change reservations they believe some employers have about taking on young people from sheltered housing.

Fixer Gareth Dawe became homeless a few years ago and is among a group of young people living in a Worcester hostel, aiming to take their first step onto the employment ladder.

The film, which they plan to send off to possible employers, shows the 19-year-old talking about his work experience alongside fellow YMCA Worcester residents during a mock interview.

The group hope their film will stop employers making ‘snap judgements’ about them and other young people in similar situations looking for work.

‘It’s not always the case, but we feel like we’re discriminated against because we live in sheltered housing,’ Gareth explains.

‘We think speaking about who we are, rather than what’s happened to us in the film, will strike a chord with employers out there and stop people from judging others like us.’

The group, who also organised a Doors to Employment event with Fixers in April, hope by showing their film to potential employers, they will increase their chance of getting a job.

‘We want it will give them an insight into what we’re really about and what we can achieve when we put our mind to it,’ says Gareth.

‘Working with Fixers was brilliant. I feel like I’ve been given a second chance in life, a chance to stand on my own two feet.

‘Of course the ideal scenario is getting a job and getting a place of my own to settle down in.

‘We have desires and skills to work. We all just want someone to give us a chance.’

You can watch an abridged version of their film at the top of this story.

To watch the full version, click on the link below. 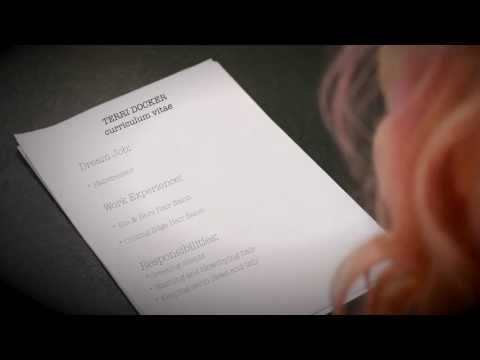