The Age of Acceptance 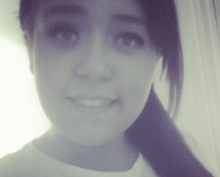 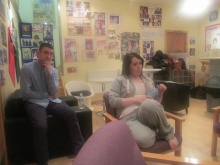 A group of Middleton Fixers, who feel they’re negatively judged by older people because of their age, want to change stereotypes about youth through music.

Chloe Murphy (16) and her team are creating a song with the help of Fixers that they can use during public performances to show what young people are capable of achieving.

Chloe, who in her spare time sings at Middleton Popstars Academy, says not enough people her age are given a chance in the community.

‘Teenagers are judged far too easily,’ she explains. ‘I see it every day. It’s just the way you get spoken to like you don’t know anything - like older people don’t trust us or something.

‘People expect you to be drinking on the streets and getting into trouble, but not all young people are like that. We want to make something of ourselves.’

The group’s song delves into how they’ve felt marginalised in society and addresses their desire to change the way young people are seen in the public eye.

Chloe adds: ‘I’m really excited about our Fixers project. We want to perform our song in different public settings, hoping that it will change the minds of those who think young people are useless.

‘We just want to create a happy community. It’s about setting an example and being a role model for others.’