Support on the Outside 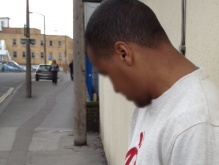 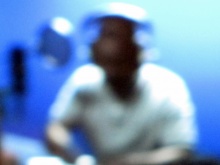 One of the interviewees Sam spoke with 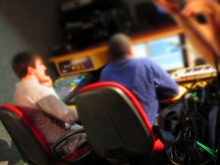 Sam mixing the audio in his documentary

A 19-year-old Fixer, who struggled to come to terms with his brother’s stint in prison, has completed a two-part audio documentary with the help of Fixers, focusing on the impacts of imprisonment on prisoners’ families.

‘Sam’– who wishes to remain anonymous – hopes offenders entering prison will listen to his CD resource, so they can understand the consequences their actions have had on their loved ones.

Sam felt that his brother simply ignored his family, and his actions affected their relationship while he was in prison and after he was released.

‘I do not think my brother really understood how it damaged our family,’ says Sam. ‘My mum was worrying all the time, and she became very upset with him.

‘I have never been to prison, and I have never thought of doing anything to be there, so I was confused about why my brother had done something to end up in prison.

‘The family are doing the sentence with the offender, and it puts a lot of strain on the family which the person in prison does not realise.’

The audio documentary includes the stories and experiences of two separate families of ex-offenders, one being Sam’s own family. The other is about a young mother identified as ‘Jodie’ and the impacts her imprisonment had on specifically her son and mother.

‘When I was arrested, I did not take it seriously at all. I did not think of my family,’ Jodie explains.

‘I thought I would just be told off and let go. I did not even think I would go inside.

‘My message would be to anyone who is tempted to offend or reoffend that you should think of your family, and how it will impact their lives.’

Sam, who is studying Sport Coaching at university, has already distributed his audio documentary for staff to use in Reading Prison and hopes he can continue to promote his campaign in the future through youth offending teams.

‘The response has been really great,’ says Sam. ‘My brother has listened to the piece too, now that he is out of prison. He has been very supportive of my campaign and is proud that I am getting it out there to show prisoners how crime can hurt a lot of people.’

You can listen to the audio documentaries below.