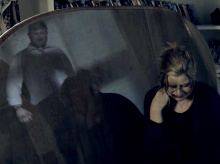 A clip from Jonny's film 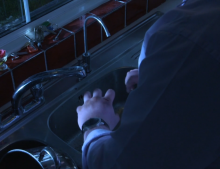 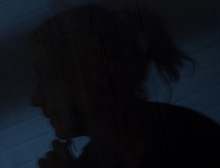 A clip from the film showing a woman's silhouette

A young man, who wants to highlight the terrible plight of those trapped in abusive relationships, has finished work on his short Fixers advert encouraging victims of abuse to seek help.

The short film shows the harsh realities of domestic abuse to empower victims to gather the courage they need to get out and get help.

Jonny, who plays the role of the violent partner in the film, says it was challenging making such an emotional film.

‘Of course, it's a really sensitive topic and one that had to be approached with care. Playing a part in the film was hard for me because I’m nothing like the character I was playing,' he explains.

‘But you kind of have to sacrifice your own emotions, because if the film helps just one person break free from an abusive relationship then it would have been worth it.’

Jonny says he has known a couple of women who were in abusive relationships who felt that staying was easier than leaving. He hopes his Fixers film will prompt those experiencing domestic violence to seek safety and support.

You can view the film 'Crazy Love' above.

To find out more about where you can get help, click here for some related links.