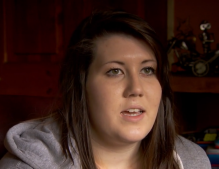 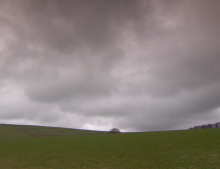 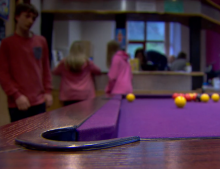 Playing pool at a youth club

A Fixer from the Scottish Borders wants to offer support to young people living in the remote areas, who may feel socially isolated in their communities.

18-year-old Charlotte Redpath lives in a small village outside Galashiels in the Scottish Borders.

Throughout her teenage years, she found it very lonely living in a remote area that was far from other towns and now wants to improve the situation for others.

She says there is little to do for young people in the area, and what is available is often inaccessible because of poor public transport.

With the help of Fixers, Charlotte wants to create a magazine for 12 to 18-year-olds offering advice on issues such as mental health, as well as pointing young people towards services and activities in the Scottish Borders.

‘I’ve lived here most of my life. I remember I used to go on long walks – it was like a huge adventure when I was younger.

‘However it’s difficult to go out and have fun now because I live so far from anywhere that has an event on or an organisation. It’s 30 minutes to Galashiels and an hour to Edinburgh.

‘It can be really lonely at times. I think it helps that I have a really close relationship with my dad, so there’s always somebody there, but he’s not 18, so it’s different.’

Lisa Surgery from Penumbra Youth Project, who appears in the broadcast piece, says: ‘It’s really significant for young people in the Borders with being socially isolated. People can become very depressed and very low in their mood and things like self-harm can increase if somebody uses that as a coping strategy.’

Charlotte hopes her Fixers project will help other teenagers in the area expand their social circles and feel less alone in their situation.

‘I want young people coming up to this age to be able to experience what, maybe, I didn’t.

‘I want them to know that there are activities for them that are accessible to them.’