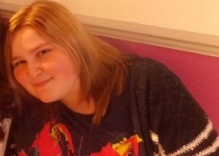 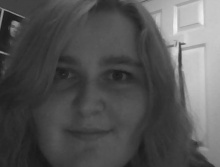 She confronted and befriended one of the bullies who made her school life ‘hell’ – now Fixer Laura Ward wants to discourage others from bullying behaviour.

The 17-year-old from Newcastle was picked on for being overweight and found it extremely difficult to stand up to her bullies.

At 14, a crucial point in Laura’s education, the bullying became severe and affected her capacity to listen and focus on her work during the lead up to her GCSEs.

However, after two years of physical and mental abuse, she mustered up the courage to speak with one of the culprits.

‘In school the classmates would play games among themselves using me as the butt of the joke, seeing who could say my name the loudest,’ she says.

‘This carried on for two years when, one day, I decided to speak with one of them.

‘It was only when they understood what it was doing to me that things started to change. In fact, remarkably, one of them turned out to be a close friend.’

With the help of Fixers, Laura wants to create a resource which will help people understand the effects bullying can have on people.

She wants to take her message into schools so that potential bullies can avoid having such a detrimental effect on other people’s lives.

‘I do take the positive out of it, in that, when it was happening, it was like my lowest low,’ she explains, looking back.

‘So it makes me think no matter how bad things get, I will be able to handle it. It’s made me stronger.

‘I think talking to one of the people who was responsible for the bullying was really important. It was only until they realised what they were doing that they decided to stop.

‘It is a bit strange being friends now, but it just shows how some people need to be told what effect they’re having before things can change.’