Coming Out With Confidence 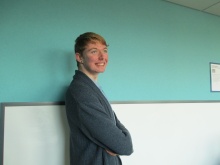 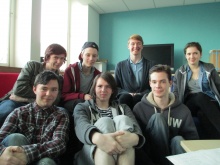 The group of Fixers helping with the campaign

Fixer Bobbiejoe Courtney knows first-hand that it takes a lot of courage to come out and that’s why he wants to design a website to offer advice to LGBTQ young people.

It has been a rocky road for the 17-year-old, who came out as gay two years ago.

‘At first, it was a nightmare because I was bullied at school,’ he explains.

‘When I told people, who I thought were my friends, about me being gay, they stopped talking to me.

‘It got to a point where some of my bullies would come up to me and throw a bottle of juice over my head. I got into a fight over this as well. There is only so much someone can take.'

With the help of Fixers, Bobbiejoe wants to design a website to offer advice and support to lesbian, gay, bisexual, transgender and questioning (LGBTQ) young people in similar situations.

Though the Leeds teenager has faced challenges, he was able to turn to his father for advice, who is also gay.

Bobbiejoe was 9 or 10 when his father came out and split up with his mother.

Recalling the experience, he says: ‘It was a bit strange, but I soon got used to it. It must have been hard for my dad to tell me, basically living as someone else for most of his life.

‘When I spoke to my dad about myself, he was very understanding. It was the ideal really.’

Bobbiejoe is a member of the only open LGBTQ youth group in Leeds and feels it is their responsibility to use their experiences in a positive way to help others get information and support they need.

‘I think that more needs to be taught in school about the LGBTQ community, so we can educate people to hopefully one day put an end to ignorance.’

‘We hope to be a point of call for young LGBTQ people who need someone to talk to about how they’re feeling.

‘Sometimes we could be the only ones listening, so it’s really important.’