Stand Up For Girl Power 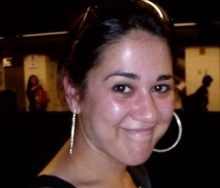 A young woman from Liverpool, who is concerned by the continued poor status of women around the world, is taking the campaign for equality to the streets of her home city.

‘One story that really affected me was the New Delhi rape case,' she says.

'Every level of this story made me speechless.'

Billie is organising a flash mob, which is due to take place in Liverpool next month. The spontaneous street event will see a mass gathering of young people dancing in unison, while promoting a message of equality and oneness.

She thinks women are treated differently to men across cultures and wants more women to stand up and be counted.

‘I want every girl to know what feminism is, how they can apply it to their lives and gain a better quality of life.’

Born into a mixed cultural background, half British descent and half Indian/Pakistani, Billie says:

‘There is a difference between men and women not just in either of these cultures but generally speaking in other backgrounds, too.

‘I just feel as though there's so much inequality in the world and I want to focus on where women see themselves in today's society/culture and compare to others around the world.’