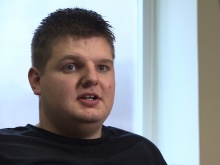 John talking to the camera 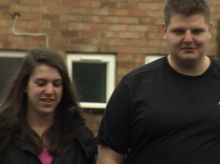 John and his friend, Becky, walking towards the camera

A Bristol-based Fixer, who spent much of his childhood in care, is helping combat misconceptions about fostered children.

John Denver (19) was taken into care when he was a child, due to his mother's inability to look after him and his father's mental health problems.

As a teenager, John moved around several homes before settling with a family until he was 18 years old.

During this period of his life, John was the victim of bullying at school, mainly because of his childhood in foster care.

‘When I tried making friends, they just turned away and said things like “I don’t want to be friends with you because you’ve got no parents”.

'They just used the fact that I was in care as an excuse to avoid friendship,' John explains.

‘The bullying from other children made me feel worthless and neglected because, even though I didn’t have parents, they made me a target and made me feel wrong for being me.’

With the help of his friend Brenda Hook (18), John is creating a short documentary which follows the life of a foster child, showing viewers what it’s like to be a child in care and hopefully encouraging more compassion.

He says: ‘I would like to show people what it is like to be in care so others can be more understanding to their peers who have a different and often unsettling home life.’