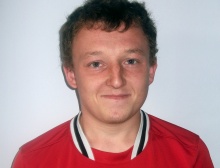 A footballing Fixer is aiming to unite communities across Exeter by hosting a city-wide football tournament for young people.

Conon Adamson (19) is organising the free five-a-side football tournament with the goal of getting people aged 16-29 meeting new people from other parts of the city.

He said: “Football is a great way to break down barriers between groups and bring people together who would not normally associate with each other.

“Through teambuilding sports such as football, different groups of young people within the community can come together and create greater community cohesion in Exeter.”

Conon, who lives in supported accommodation, says there are activities like this in the city, but many people have to pay for them.

He wanted to organise something free and fun to tackle barriers that may restrict young people from meeting new people.

He hopes 16 teams of five will compete on the day. The tournament has attracted support from Devon Football Association, Exeter City Football Club, and the Football League Trust.

“I never expected the level of support that has been shown for my project,” he said. “It has been a great experience and I really hope the tournament goes well so this can become a regular feature.

“With funding from the local council, this five-a-side tournament could be a permanent fixture on the city calendar.”