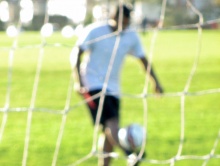 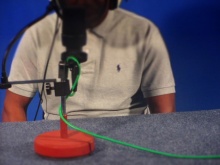 ‘Sam’ (19) – who does not wish to be identified – has first-hand experience of the effects prison has on a family from his brother’s stint in prison.

Not only does this place a strain on the family, but Sam feels they are seen as “guilty by association” and are often unsupported because of this.

After receiving help through the Offender Families Support Group Hampshire - who assist the families of prisoners with emotional support in the area - Sam hopes to strengthen empathy between those in jail and those left behind through an audio CD.

“I think when someone’s in prison they believe it’s tough on them without realising how their families are affected on the outside,” said Sam.

“Based on my own experiences with my brother, I don’t think he realised the impact he had on the family.

“Relatives of those inside talk about how it feels like they are sharing in the prison sentence. That it is a punishment for them as well.”

Also featured in the film is Mal Gillian, Deputy Governor of Reading Prison, who shares his thoughts on the project.