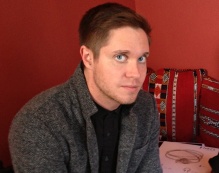 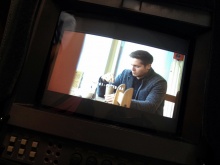 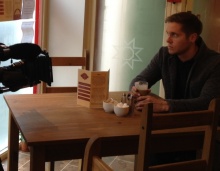 A young man who suffered heart failure aged just 23-years-old wants to ensure young people get screened for heart conditions after his condition showed no symptoms.

Russell Baker (24), from Chatham, Kent, collapsed outside a café in the nearby town of Rochester while on his way to work in February this year. His heart stopped beating and he fell face down onto the pavement, breaking his jaw.

Luckily the café owners, Harry Smith and Peter Moorcraft, saw the incident. Harry is an ex-nurse and Peter is an ex-paramedic, and they quickly resuscitated Russell at the scene despite difficulties due to his broken jaw.

Russell spent seven-weeks in hospital where it was discovered he suffers from a previously undetected heart condition called dilated cardiomyopathy, or DCM, which causes weakened heart muscles to insufficiently pump blood around the body.

He now uses a combined defibrillator and pacemaker to keep his heart going, and whilst it has been a difficult life change for him, Russell wants to use his experience to make a positive difference.

“I showed no symptoms of this condition,” he said. “I was just walking and then I dropped down dead. It scared me and my family, as it was so quick.

“Now I want to make sure people get screened for heart conditions, no matter how fit and healthy they are. Around 80% of cases of heart defects show no symptoms whatsoever, so it is vital that other young people look out for themselves.”

Russellis creating a range of unisex jewellery - with the help of design student Jessie Holden - to raise awareness of heart screening.

While Russell cannot return to his job as a lifeguard, he still regards himself as very fortunate and is thankful to those who helped him.

"I’m so grateful to Harry and Peter,” he said. “It is strange to think that if it had happened just 15 minutes earlier I would have been in the house on my own and I wouldn’t be here."