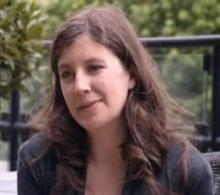 Fiona Malpass, 22, from Rayleigh, Essex, was inspired to work with Fixers, because she wanted to make a positive difference in her community by improving mental health awareness.

‘I wanted to try a slightly new approach to raising mental health awareness, and having the freedom to create a project around my ideas as a Fixer was a unique opportunity,’ says Fiona.

Fiona decided to make a film with the help of Fixers which follows a boy who contemplates suicide due to his depression. It shows the importance of talking to friends and that no one should suffer in silence.

The hard-hitting film won an RTS award in the Best Non-Broadcast category and has been successful in changing people’s attitudes to teenage depression.

‘Working on this project has improved my confidence considerably and I know now that I definitely want to work in mental health services,’ continues Fiona.

‘I believe that the project has inspired my local community, either in terms of being more mentally aware, or of wanting to help causes that they are passionate about. Local newspapers have also show great support and interest which has in turn encouraged their readers to be more aware of mental illness.

‘I have had lots of professionals wanting to use the film, and have had many people tell me how the film has made them more aware. The message “don’t suffer in silence” has already helped some young people, and I hope it continues to do so and that it will hopefully spread to other social groups as well.’

Fiona hopes to continue to campaign for mental health awareness and is now embarking on establishing her own mental health charity especially for young people.