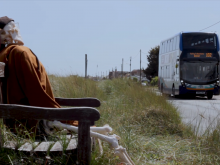 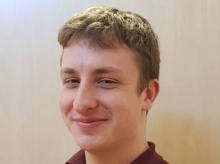 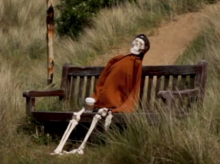 Stranded in rural villages with just one bus a day. This is the reality for many young people living in the Romney Marsh area of Kent.

Fed up with poor connectivity, inconvenient timetabling and expensive tickets, a group of young people have decided to take action in a bid to improve the public transport in their area.

They have made a spoof video using a skeleton sitting in bus stops around the Marsh area.

Adrian Thornton-Smith, 22, is one of the young people affected by the problem. He doesn’t drive and is therefore reliant on buses to get around.

‘There are so few buses you can get and they are never on time,’ he explained. ‘It’s time this issue was addressed, people talk about it but nothing happens.

‘If the buses were more frequent it would be fantastic. For a lot of young people the buses are a necessity and not having a decent service can affect them a lot.’

Young people involved in this project spoke about inconvenient timetabling making it impossible to get to work on time, and some stops being unlit with no shelter making them dangerous, particularly in the winter.

Another issue highlighted was the timings of buses in the evenings preventing young people socialising with their friends.

Amanda King, who works at the Romney Resource Centre, and has been supporting the group with their campaign said: ‘If you are not on a main bus route you are really isolated, for those in more rural areas it’s just one bus a day and then you’re stranded.

‘I hear loads of examples of people being able to get to jobs in the morning but cannot get home in the evening.

'Young people are turning jobs down because they cannot get there. They take into account what their journey would be and if they know it’s impossible or they are looking at a commute that’s unreasonable then it does affect their decision.

‘It is really important the young people are heard – they are the next generation to be employed.’