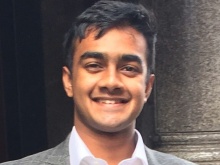 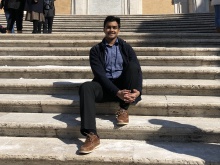 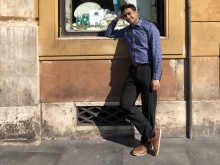 Being a young carer can be "empowering"...

“I look after my 16 year old sister. She had previously experienced bullying at school and struggled with her mental health. When my father passed away, I took on many more responsibilities that someone much older would typically have to do.”

20 year old Archie Mohan wants people to better understand what it’s like being a young carer.

“When my sister was being bullied,” he says, “I was in the best position to help her, as she would often only discuss things with me. I was giving her a lot of support, constantly just being there for her. People don’t understand the position I was in, the kind of messages you are receiving from a person who is struggling, someone you’re close to – can be quite difficult and intense…”

Archie also wants young people who don’t even realise they’re carers, to understand that’s exactly what they are.

“The thing is - I didn’t realise I was a carer because normally you think of them as people looking after someone with a physical disability. But in my sister’s case she was disadvantaged because of bullying and her consequent mental health issues. It never occurred to me, until someone spelt it out, that I was spending such a lot of my time supporting my family. The way you approach everything - your life, your career - can change because you’re looking after someone.”

Fixers  has helped Archie make a short film. It features two scenarios. In the first a young woman who cares for her dad is chatting to her friend over a drink. It quickly becomes clear the friend has absolutely no idea what a young carer’s life is like.

“It has an impact on your ability to socialise with others a lot of the time,” says Archie, from Pinner in north west London. “You’re always saying I can’t, I’m sorry, not because you don’t want to be with them, but because you know you have to be at home to support the family. And not everybody can appreciate that.”

The film’s second scenario features a young Asian woman who cares for her brother and is trying to arrange a doctor’s appointment for him. The receptionist insists on speaking to his mother, who, it emerges, doesn’t speak English very well. The young carer gives up.

It’s the sort of a situation Archie recognises from his own experience.

He says: “As my father was always working so hard and my mother was grieving the loss of her own mother, it was my duty to step in and support my sister. However, my family also struggled because there is something of a cultural barrier: there’s a stigma over bullying and mental health in South East Asian society. But also there is an immediate deference, and even fear. They thought - this is the Western system -  they don’t know what’s going to happen. So I had to speak with the teachers and deal with things instead.”

Archie is currently a Director of a mental health organisation called ItMatters UK, which encourages young people to speak out about mental health, using creative media.

He says the experience of being a young carer has been isolating, infuriating – and empowering.

“In hindsight, it has made me a much better speaker and campaigner. Whatever life throws at me now, I’m much more resilient. I just hope I can use this to empower me and go on to achieve all the things I want to achieve."