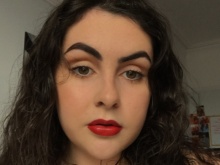 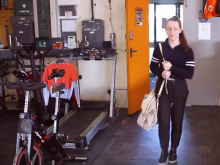 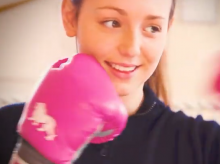 “There was a time when I felt full of self-doubt. I had a lot of negative emotions and not a lot of happiness in my life. I wasn’t feeling good about myself. I didn’t have a lot of self-confidence. I felt worthless.”

“I want them to know that having self-doubt is completely normal but it could be prohibiting your success in life,” she says.

“Our insecurities can stop us from crossing over the boundaries of our comfort zones.  I personally have been stuck in a negative mental attitude in the past, that I used as an excuse to never push myself to experience all of life's opportunities.”

Fixers has helped Katie, from Deal in Kent, to make a short film, based on her own experience. showing a young woman struggling to decide whether joining a boxing club is a good idea.

“In my film the girl comes into the boxing club all nervous. There’s a load of self-doubt going through her head and she doesn’t know if she should be doing it or not.

"But then she thinks  - just get on with it! So she signs up and ends up walking out feeling good about herself. I’m proud I took that step and persevered with it.”

Hear from others affe

Katie, who is studying for A levels and wants to be a sports psychologist, says another major turning point for her was making the decision to leave what she calls a bad friendship group.

She says: “I didn’t have the confidence to leave that group even though I knew they were bad for me. Then one day I decided that I didn’t need them. And since then I have just got better. It wasn’t the easiest thing to do but I’m glad I did it in the end.”

“Take a step and try something,” she says. “You don’t know until you try. If you try it and you don’t like it, you can stop and do something else. But if you find something you really like, you will be happier. I believe success is there to be achieved by anyone, they just need to believe they can get there.”