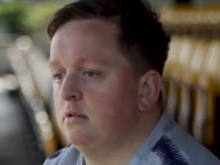 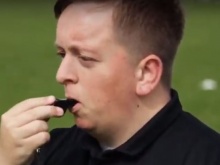 Jacob is both a coach and a referee 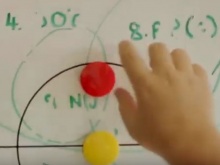 An autistic football coach from Stockton has created a video encouraging people with disabilities to pursue a career in sports.

Jacob Ross, who has Asperger’s syndrome, came top of his course in Sports Coaching and Development at Middlesbrough College, and now coaches for Grangetown Boys Club under-9s Development team having achieved a level 2 qualification from the Football Association.

He wants his Fixers project to show that having a disability doesn’t need to stop you from excelling within the sports industry.

‘Asperger’s may be looked at as a bad thing, but it doesn’t stop me being able to do what others can do,’ explains Jacob, 21. ‘Just because I’ve got a disability, it doesn’t mean I don’t have the ability.’

‘My Asperger’s has a lot to do with the routine, so going into the coaching session and end game drills, I find they stick in my head because they’re very specific.

‘My problems with my condition relate more to my organisational skills. I struggle with things like getting ready in a morning, because with my clothes I always need to find a pattern with the colours and things like that.

‘It’s ironic because the organisational skills that I have struggled with because of my condition have actually been my strengths while I’ve been coaching on and off the pitch; I can organise sessions, and I can speak to players because I’m approachable and trustworthy.’

Long term, Jacob wants to coach for a premiership team. He also wants to set up a sports academy for those with disabilities. It will initially focus on football but will expand to cover other sports as the demand grows.

‘It’s ambitious, but it’s definitely achievable,’ he explains. ‘I want to show those with disabilities there is no limit to what you can achieve if you just go for it.

‘People with disabilities can do anything as simple as voluntary work, joining the backroom staff, to getting out there alongside one of the managers because it gives them experience of working for the club.

Jacob's story was supported by the Wellcome Trust.