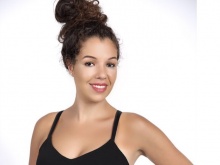 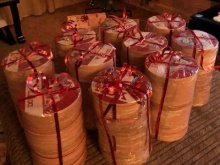 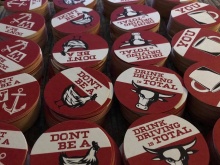 She hopes they will encourage a conversation about responsible driving

“A close relative of mine was killed in a car crash,” says 26 year old Jessica Burris. “It just made me think that life is so short and you can go at any second. It made me think about the things I want to do in life. It really impacted on me.”

Jessica, who runs a beauty business in her home town Birmingham, was determined to get young people to drive more safely. She got together with Fixers and decided to focus on drink-driving.

“At this time of year with all the Christmas parties, I think people are more inclined to drink and drive. There are too many young people out there doing it. I’ve seen a group of them pull up on my road and the driver will be there, at the wheel, drinking a bottle of vodka. And I’m thinking, there’s got to be some way to make this stop because it’s ridiculous!”

Jessica opted for beer mats – with a series of explicit captions to get her message across.

Says Jessica: “If just one person saw my beer mats and thought I’m not going to drink that last shot and I’m going to stick to the rules and regulations, that would make me happy. That person could have killed somebody. So if that person doesn’t drink and drive, that could be one life saved.”

Jessica’s project was funded by The Road Safety Trust