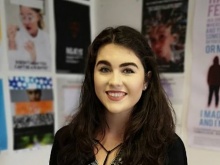 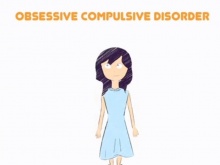 She wants to raise awareness about what OCD is 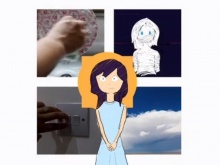 At the age of eight, Izzy Harris began suffering from compulsions that urged her to do everything in even numbers, for fear of something bad happening to a loved one.

‘When I flicked the lights on and off, or wrote an even number of words on each line in school, I felt like I'd secured a little bit of extra safety for my family,’ the 21 year-old explained. ‘It became exhausting because not only was I taking up so much time performing these rituals, but also because of the constant pressure of feeling responsible for my family's safety.’

Five years later, when the compulsions had not subsided, she was diagnosed with Obsessive Compulsive disorder (OCD), a mental condition that causes compulsive behaviours.

The diagnosis made her feel hopeful, as it gave a name for behaviours she hadn’t previously understood.

Now, she has teamed up with Fixers to create a film to raise public awareness about the disorder.

‘I think OCD is something that’s really stereotyped and something that I think is a bit of an enigma; Lots of people have misconceptions about what it actually is and how it manifests in people, which is not only very damaging to people who have existing diagnoses of OCD but also people who may be struggling with it but don’t know how to get help’.

‘I never had any mental health education in school, so I had no real idea about what mental illness was, or if there were any ways of getting better. I mainly hid my rituals and thoughts from my family and friends. I was embarrassed because I couldn't rationalise my actions and thought that nobody would understand.

‘Luckily I had a psychiatrist who made me believe mental illness is very similar to a physical illness in that there are lots of ways to get better’.

The Anthropology student from Swansea hopes her video will appeal to young adults, and start a conversation about the disorder online.

‘I want people to take away that OCD is not something to be afraid of and it doesn’t make a person crazy or weird; it’s just an illness like the flu. It can be quite negative, but in time you can recover from it, and it’s not the end of the world.’